Sure text ads were a thing and they were used extensively to get the message across.
But today, film ads take precedence over anything.
Not just  TV commercials but any type of film.
Be it on Youtube or Vimeo,
ones that chase you around on Facebook and other social media.
Ad Films are unavoidable today. 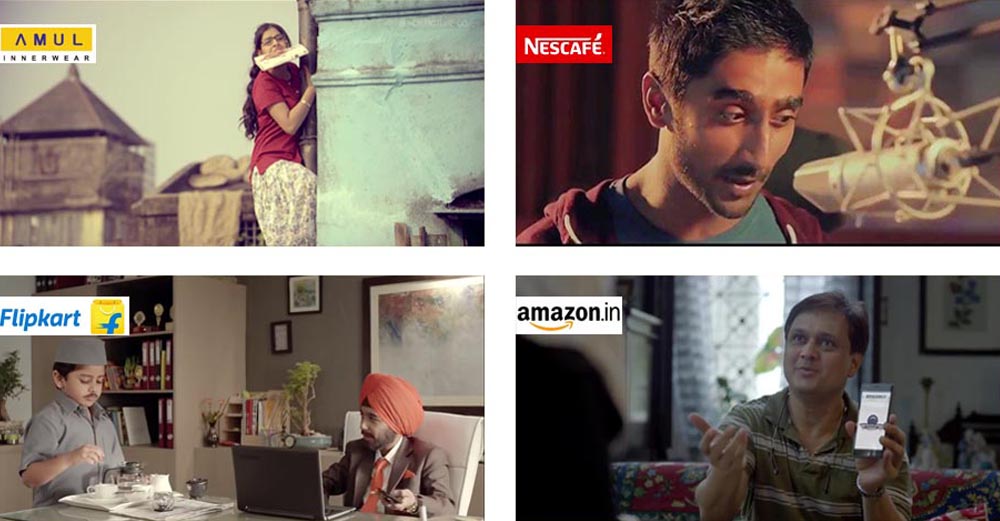 India seems to be the boiling pot of some of the funniest and best TV commercials of all time.
People remember ads, if it appeals to their psyche. And ads do bias decisions.
Commercials need to have a wow factor to be remembered.
A lot of ads in Indian ads have aced this.
1. The Flipkart #BigBillionSale ads, where they depict children talking in adult voices.
Particularly the one depicting Mishra who says that he would like a
raise so as to buy a designer handbag for his wife. His boss then tells him its not how much money you make but what you make of your money.
He tells him to buy on Flipkart where the offer of buying a lot with a little is making rounds.This ad has a humorous appeal to the human mind and makes us laugh,
when we see all the children dressed up as typical adults in offices in India.
https://www.youtube.com/watch?v=Ao86jyKEZEE
2. Another good commercial is #StayStarted with Nescafe,
RJ Rishi’s Story. The copy of the commercial is good
as it registers in the mind and keeps coming back.
No Tring trong he goes, which really sticks. A good element in the commercial is the fact that the direction of the ad holds true to the product, Nescafe being sold to the audience. His airtime is in the wee hours of the morning which shows that he needs his Nescafe and that he is as stubborn as his coffee.This ad also has an emotional appeal as we initially feel bad for RJ Rishi. https://www.youtube.com/watch?v=0tBqrioLag4
3. The Amul Inner-wear ad is another one that has good direction and design. It doesn’t harbour any vulgarity even though it is an underwear ad. It is not typically flashy like normal underwear ads are. It focuses more on humour, where the girl keeps trying to gaze at a man doing yoga on his rooftop and finally she falls off while trying to view him and gets caught doing so. https://www.youtube.com/watch?v=FjOGoYlBkg8
4. Amazon ads have been doing well too.
They appeal to the Indian culture and are informative about the same. The #DeliverTheLove this Raksha Bandhan, depicts an elderly man talk about a smile. The end campaign is that Amazon will deliver the gifts but its the audiences responsibilty to deliver the love. https://www.youtube.com/watch?v=Wo6BkRgvYF8
Or even Amazon’s #MomBeAGirlAgain series of ads, are really informative on culture. They show the love and respect that mothers receive in India, and how a woman is appreciated.
https://www.youtube.com/watch?v=G_AujW2-8VI

We’ve had the good fortune of helping build many brands... END_OF_DOCUMENT_TOKEN_TO_BE_REPLACED

BETTER THAT MY BRAND EATS MY BRAND THAN MY COMPETITOR... END_OF_DOCUMENT_TOKEN_TO_BE_REPLACED

Honestly, both spook us out! Happy Halloween! END_OF_DOCUMENT_TOKEN_TO_BE_REPLACED

Whether you work in design, art, copy or any other... END_OF_DOCUMENT_TOKEN_TO_BE_REPLACED